Coffee is not just a drink, it is a culture

Home InterestingCoffee is not just a drink, it is a culture

What do people who drink coffee actually know about it? In this article, I will share information about interesting coffee facts in the world.

There are people who cannot start their day without a fresh cup of coffee. They love coffee so much that they sometimes call themselves "coffee addicts". And I understand that too well.
Make your ideal coffee, enjoy its great taste and smell by reading this article - how to make coffee in your cup. Glad!

Coffee is not just a drink, it is a culture

Coffee is not just a drink, it is a means of social interaction, and it has been so for a long time. In the past, people gathered to share a cup of coffee and exchange information.

In North America and many Western European countries, the market is dominated by Starbucks and other larger companies as they provide customers with a complete coffee experience.

There is an Irish blend with whiskey called "Irish Coffee". In Italy, the invention of espresso and espresso machines made it a favorite Italian drink all day long. In Greece, there is Kafenio, an old-fashioned cafe for old gentlemen, where they drink Greek coffee and exchange political ideas or play cards and board games. And in some countries, such as Colombia or Brazil, the whole economy is based on coffee.

The myth of coffee

According to legend - and this is the most frequently quoted story about the origin of coffee - the energetic effect of coffee beans was first noticed by the goat shepherd Kaldi, who lived in Ethiopia in the 9th century.

One day Kaldi noticed that after his goats were grazing on the bright red cherry of the coffee plant, they seemed to have unlimited energy, more than the rest of his animals. So Kaldi himself tried this plant and found that it is really very invigorating. He chose to share the new discovery with a local monastery who ignored his views and threw beans into the fire. A pleasant aroma quickly ignited from the fire, and the beans began to be explored.

The monks then chose to crush the beans and add them to the water. In this way, they found that the drink gave them the same energy and vigor that it gave to Kaldi and his goats, allowing them to stay awake and alert for the evening Mass. That's how coffee started trip.

Everyone recognizes roasted coffee beans, but you may not recognize the actual coffee tree. Coffee trees are pruned briefly to conserve energy and help with harvesting, but they can grow more than 9 meters high. Each tree is covered with green, waxy leaves that grow on top of each other. Coffee cherries grow on the branches. As the coffee tree grows in a continuous cycle, you can see flowers, green and ripe fruit on one koka.

Dry processing is the oldest method of coffee processing. The dried treated beans are placed in the sun and left to dry for about two weeks, turning from time to time so that they can dry evenly.

Wet processing is a modern method of processing beans and takes place shortly after harvest. This coffee harvesting process consists of washing and fermentation. In this process, the flesh that remains on the beans will become softer and the flesh will be rinsed out. Today, this method of treatment is used more often because it prevents damage to the beans.

When processing is complete, the beans are sorted. All the bad beans are thrown away, and the good ones are bagged and shipped. At this point, they are called "green coffee beans".

The roasting process is an essential and final step in coffee production. To get the perfect product, you need the perfect time and temperature setting. While the beans are toasted, they will break down and release their coating.

The names of the coffee beans may vary from company to company. This is due to the fact that many use different roasting temperatures and times to prepare a particular batch. Roasting beans for even a few minutes longer or shorter can change the taste of the whole batch.
When roasting is complete, the finished product is shipped to the retailer or sold directly to the consumer.

Arabica, the most widely used and most widely available bean, accounts for 60 percent of global coffee production. It originated hundreds of years ago in the Ethiopian highlands and, in fact, is quite fine and difficult to grow. The high-quality Arabica, often found under gourmet labels, is smooth and sophisticated and has a significant lack of bitterness.

Robusta is rich and resistant to diseases. It originated in sub-Saharan Africa. A budget-friendly choice - instant coffee usually consists of 100 percent Robusta. Beans with a high caffeine content can have harsher, more bitter properties, so it is often found in mixtures.

Liberica is rare in the North American and European markets and is almost exclusively produced in Malaysia and is particularly popular in the Philippines. It is known to have a contradictory taste; sometimes smoke and wood, sometimes flowers.

Both black coffee and espresso are made by soaking the beans in hot water. Espresso is made from finely ground, especially dark beans, which are passed through a pressure machine, which produces only one, very concentrated mass at a time. Black coffee is simpler, dripping hot water over ground coffee beans to get a low to medium concentration of coffee and caffeine.

Espresso and black coffee are the beginning of making drinks. The combination of coffee and espresso is used to make a wide variety of coffee drinks, such as:

The distinctly layered cappuccino evenly distributes steamed milk, frothed milk and espresso, while the latte is heavy for steamed milk (which is mixed with espresso instead of layered on top of espresso) and light on the foam.

Basically, it is a cappuccino with a cocoa flavor and creaminess from steamed milk.

Combined with three portions of foam with one espresso. It's not as creamy and sleek as cappuccino, but it's not as strong as direct espresso.

A sophisticated name for a simple drink - it means “coffee with milk” in French - café au lait is a coffee made with warm milk.

Irish coffee, which consists more of cocktails than a coffee drink, is a combination of coffee, sugar, cream and whiskey.

Turkish coffee refers to the preparation of very finely ground coffee and brewing in a small pot on a large fire. 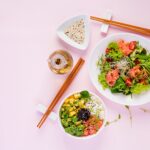 Poke: what it is and where it comes from 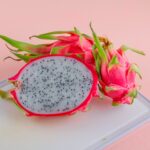