Some time ago, walking along Old Riga, Kaļķu Street, I thought that it was so quiet here. However, there is still some activity at McDonald's. The seemingly so-called yet mysterious McDonald's made me think and create this article.

When you hear the name McDonald`s, there is really nothing to add. Who doesn't know "chisel" and "hamburger". Fast food is probably not as popular in Latvia as, for example, in America. However, when it comes to where to eat if you are in the center of Riga, quickly, easily and, of course, deliciously, our favorite "Maķītis" is at the top. Although undeniably, the Hesburgers are a big competitor to it.

In this article, let's look at McDonald's history; symbols and their stores.

McDonald's is an American fast food chain that is one of the largest in the world, also known today as a franchise. Its real beginning is considered to be 1954. It has already become one of the world's leading catering brands with more than 36 restaurants in more than 000 countries.

How did McDonald`s come about?

The first McDonald's restaurant was opened in 1948 and was started by brothers Maurice and Richard Macdonaldi, California. They bought equipment for their small hamburger restaurant from salesman Ray Kroc. When Kroc visited the brothers in 1954 to learn how a small shop could sell a lot of milkshakes, he discovered a simple, efficient format that allowed the brothers to produce huge amounts of food at low prices. The basic hamburger cost 15 cents, about half the price charged by competing restaurants. The self-service counter eliminated the need for waiters; customers quickly received food because the burgers were prepared ahead of time, packaged and heated under heat lamps.

Seeing a great future for McDonald's, Kroc offered to start a franchise program for the Macdonald brothers. On April 1955, 15, he opened McDonald's first franchise in Des Plaines, Illinois, and in the same year launched McDonald's Corporation. In 1961, Rays Krocs bought McDonald's from brothers.

Do you remember any McDonald`s advertising face? I think you've definitely heard of Clown Ronaldo.

Ronald was once one of the most recognizable mascots in the world, as were his other friends. At the moment, however, Ronald is left in the shadows either even for an unknown thing. Why it happened, read on!

A clown, Ronald Macdonald, was created to help McDonald's sell burgers in the early 1960s. In the early 70s, Ronalds briefly played in his own comic book series. In the 1980s and 1990s, he even appeared in some special animation offerings sold at McDonald's eateries.

However, Clone Ronald's career ended in 2003 with the introduction of the "I Love It" campaign, and McDonald's ads began to attract more adults than children.

Why? He is a clown, and people's opinion of clowns has not improved over the years. As the popularity of carnivals and circuses declined, clowns began to become a major element of the horror genre more than anything else. Given criminals like the Joker or IT, their resemblance to Ronald MacDonald's is likely to make children more likely to be afraid of it than to gain it. joy.

In 1994, the first McDonald's was opened in Riga. Where? The place has not changed and it is still there - Siegfried Anna Meierovica Boulevard 18.

It is an interesting fact that in the past there was a bookstore instead. And on the opening day, there was a protest against the introduction of McDonald's.

Currently, there are 12 McDonald's restaurants in Riga and 1 in Jelgava, including eight restaurants with McDrive and three McCafé. McDonald's in Latvia employs more than 700 people and serves more than 20 visitors a day.

The largest McDonald`s in the world

The world's largest entertainment McDonald's, also known as Epic McD, is McDonald's Restaurant, which opened in 1976 in Orlando, Florida. The restaurant covers an area of ​​1800 m2, making it the largest McDonald's in the world by square footage, and offers a menu and options far beyond the facilities and meals offered by a standard McDonald's restaurant. 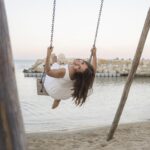 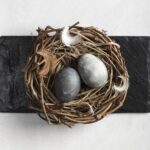