If asparagus could have inspired the Roman emperor, then you must taste it, if you have not done so.

In this article, let’s look at what asparagus is; its history; how to cook it and what it gives us.

Asparagus is a green vegetable that is easily recognizable by its long, pointed stems, which are usually grilled, steamed or roasted. This is known as a spring vegetable.

Asparagus (Asparagus officinalis) is a vegetable that comes from the Asparagaceae family. There are more than 200 species in this plant family. Some species are grown as ornamental plants.

Due to imports from China, Peru and Germany, they can be eaten all year round. Its seasonality also makes asparagus more expensive than other vegetables, and the taste varies depending on where they are grown.

Asparagus was first grown in Greece more than 2500 years ago and is believed to have been grown and enjoyed as food by the ancient Romans. It was discovered in the wild. Early cultivated versions of asparagus had thinner stalks and were darker in color than the asparagus we find on the farmers market today. It also had a bitter taste.

Most vegetables are annuals, which means they must be planted every year. Asparagus is one of the few perennial vegetables, which means that they return year after year. So sometimes you can still find wild asparagus.

Asparagus grows in temperate or subtropical climates, in soils that are not too acidic. Today, China, Thailand, Mexico, Peru and Germany are the world's largest asparagus-growing countries.

Asparagus is a great source of fiber, cholesterol-free and low in calories and fat. Among the trace elements found in vegetables, it contains the most vitamin K and vitamin B9 (folates).

It can also provide daily recommended vitamins A, C and E, as well as phosphorus, potassium and protein.

There are many additional benefits to eating asparagus. It can help lower blood pressure, aid digestion and eye health.

However, as with any product, it should not be overused and used moderately.

Asparagus can be cooked on the stove, in the oven or even on the grill if you want to cook outside. Oven, they are given a smoky taste, while steaming keeps them bright green and juicy.

Try and find your favorite way to make asparagus:

Follow Ready.com and you will definitely see great asparagus recipes there. 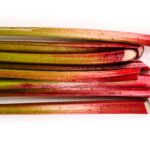 Rhubarb: a vegetable with large leaves and a long stalk 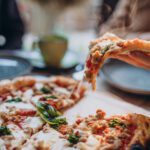