An apple is a better source of energy than coffee

Home InterestingAn apple is a better source of energy than coffee

An apple is a better source of energy than coffee, so if coffee doesn't go to your heart, now you know what you need to eat to get energy for the whole day.

An apple is a fruit that has been not only a food product since ancient times, but also a symbol of love and beauty.

In summer, approach the apples in your grandmother's garden and rip off the freshly ripe apples - bite, feel their sweet, juicy taste. This is another magic that summer and warm weather give us. All you have to do is enjoy and enjoy again.

Grab an apple, and while reading this article, enjoy it! Bon appetite!

Millions of people saw the apples fall, but Newton was the first to ask why.

In this article, let’s look at what an apple is; what health benefits it provides and, of course, recipes and interesting facts.

Apples are juicy multi-seeded fruits harvested from apples, especially garden apples. Formed from a flower with a lower seedling, which is overgrown with a cup-shaped flower bed and other parts of the flower. Matures differentiate. The apple is formed from the orchard.

Breeders have developed more than 7500 apple varieties, of which about 50 are economically important. Apple varieties are grouped into summer apples, autumn apples and winter apples.

Between the Caspian and the Black Sea, the fruit originated in the Middle East about 4000 years ago. It is one of the all time favorites and most popular fruit.

The ancestor of the modern apple is a species of fruit tree with the scientific name Malus sieversii, which is native to the Tien Shan mountain range in Kyrgyzstan and Kazakhstan in Central Asia. The fruits of these wild apples were seen in the region's cultures and cuisines.

During thousands of years of cultivation and cross-pollination with secondary genetic factors, it was gradually transformed into the Malus domestica species, which represents most of the apple varieties we see on commercial farms and in grocery stores.

However, even the genetic diversity of Malus domestica is enormous - its genome was first sequenced in 2010 and found to contain about 57 unique genes. In other words, it is the most diverse plant genome ever studied, with about 000 more unique genes than in the human genome.

Until the first millennium AD, Tian Shan apples were one of the most significant mercantile discoveries discovered by travelers to the region west of the Silk Road. Gradually, both the apples and the trees themselves spread throughout Western Europe, and in the early 1700s European colonists brought apples to America.

Apples are mentioned in mythologies and religions. They are directly related to the theme of fertility, beauty, love and the forbidden fruit.

The name "apple" originally referred to many alien fruits, not just apples in the modern sense, so it is impossible to know for sure whether an apple in the legend is an apple, a pear or a peach.

For example, in ancient Greece, the apple was associated with Aphrodite, and the abandonment of the apple was a symbolic confession of love to someone, while its capture or acceptance was a confirmation of love.

The apple is also mentioned in the Bible. It is believed that the basis could be a different translation of a Latin word - namely the word mālum (apple) and mălum (evil) are both spelled the same - malum. The tree of the forbidden fruit, on the other hand, is called the "tree of evil and good," and in Latin, "evil and good" is bonum et malum.

Later, Renaissance artists, inspired by Greek mythology and Hesperid's golden apples, only strengthened the apple as a symbol of immortality, knowledge, temptation, sin and sin as such, by painting it in their depictions of the Garden of Eden. Interestingly, the Adam's apple in his neck also got its symbolic name in honor of Adam's bite of an apple bite.

To get all the valuable substances in apples, you need to eat at least 1 apple a day.

Apples are used in various products, such as beverages - apple juice, wine and cider. They are also used in cooking to make, for example, apple pies, cakes, candies, ice cream and other dishes.

Look for more recipes in the website section - Recipes! 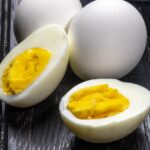 How to properly boil eggs 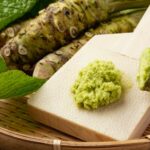